A simple Tweet of Bro. Eli Soriano calling for the Filipino people to unite and work with the government and support President Benigno Aquino III had dominated Twitter for 5 straight days.

Bro. Eli pointed out that this is the time to find ways to help the orphaned families to move forward. This initiated him to give an amount of 1 million pesos for the charity event.

The benefit concert is entitled Songs for Heroes will take place at the SM Mall of Asia Arena on March 19, 2015 at 7 pm. The proceeds will be given to the families of the SAF44. 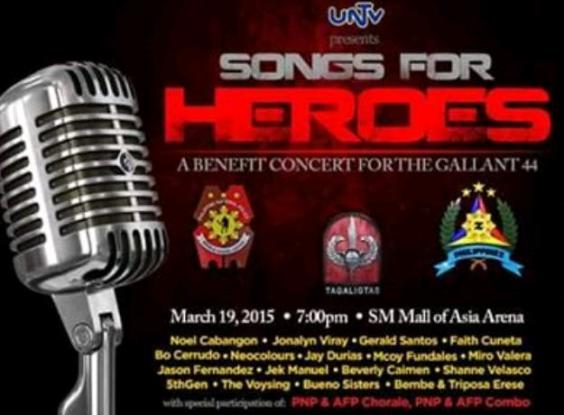 UNTV’s Ito ang Balita had been an advocate of justice. The program continues to seek for the truth by strictly following the case of the Maguindanao Massacre. Previous projects of Bro. Eli and Kuya Daniel includes a benefit concert for the orphaned families of the mediamen abducted and massacred at Maguindanao.

UNTV, the only Public Service station in the Philippines had been tying up in reaching out a helping hand to less fortunate.