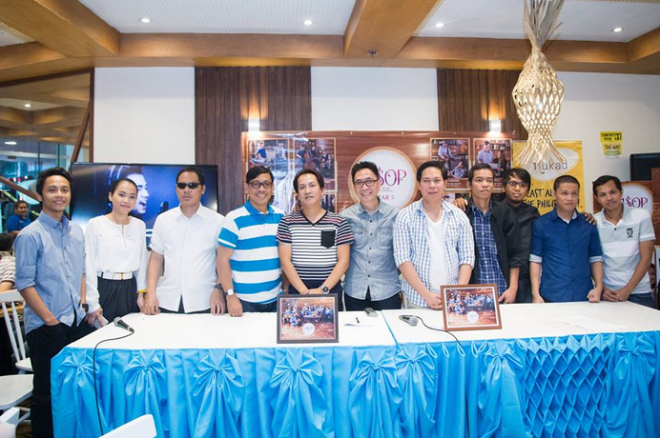 For the past 5 years, ASOP had been surprising us with the best of the best starting from its interpreters. Here are this years list of finalists. 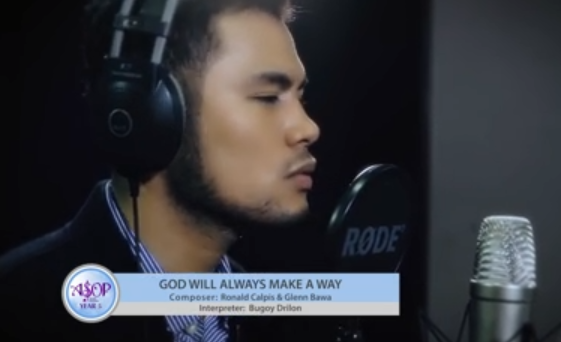 With his viral video covering Matisyahu’s One Day, with now over 4 million views of Wish FM 107.5 page made him more significant.

A very clever incorporation of reggae taste. Very positive with the lyrics all you have to do is to sing this song aloud, you don’t have to worry; God will always find a way. Bugoy Drilon singing looks like it is just an easy song to sing, but taking the reggae form is difficult. But he owns the song. His success in the music industry has much to do with his perseverance and even worked as a janitor in a university. Many hurdles along the way, but pursuing his dream to be a singer is bigger. He is the 1st runner up at Pinoy Dream Academy Season 2 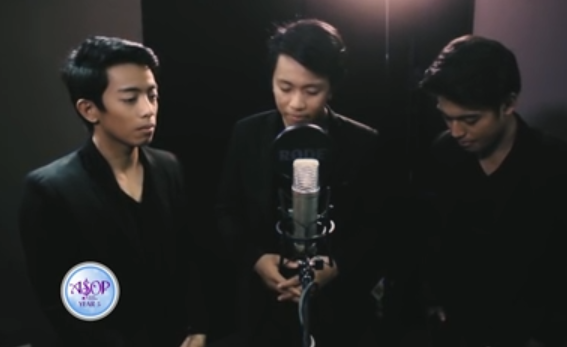 The songs melody is very calming and so the singers voices. Papahirin, lilimutin, lilinisin, babaguhin at naghihintay sa tapat mong pangako. What else you want to hear to be able to hold on to that promise of God. The harmony at the ending harmony, there is a hook while the song/ melody fades. 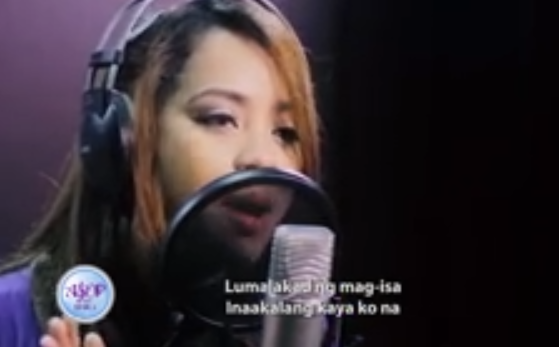 She gained attention on you tube singing Whitney Houston songs such as I Will Always Love you. She won the Gensan Pop Idol. Zendee Rose Japitana Tenerefe, prior to her YouTube successs, she was first discovered singing at a karaoke at SM Megamall that went viral.

* The song is giving thanks and looking forward to meet God Almighty with a promise to stay in faith until the end. 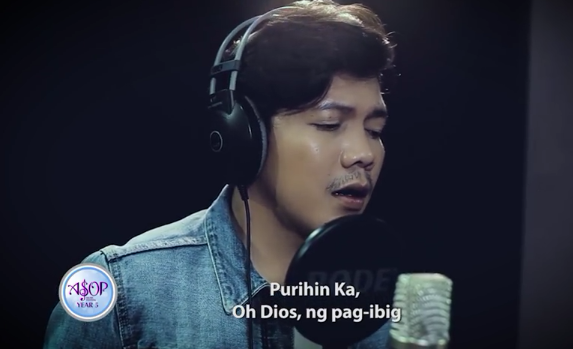 Known as the first winner of Pilipinas Got Talent, The New Juke Box King, but marked his way on the music scene with his cover of Journeys song Faithfully and his Triple Platinum album in 2010 in Star Records.

A very powerful entrance to a song to one powerful chords of Jovit. Hari ng mga Hari, Dios ng mga Dios. Ang Iyong pangalan ang una at huli… this songs says everything about our God Almighty. 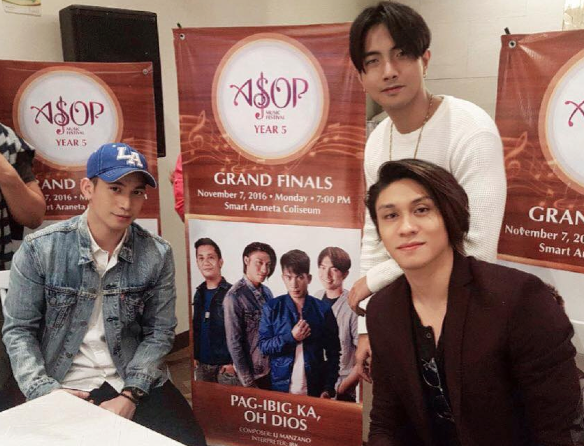 About JBK : An acronym : Joshua Baluyot, Bryan del Rosario and Kim Lawrenz Ordonio. Their music video Damang-Dama, took noticed by netizens because of its optimistic messages. The trio is once grand champions of the McJim Dreams Get Real: The Search for The Next OPM Star. They became the FireExitBoys because they made a series of videos on fire exits.

* Pag-ibig ka Oh Dios sa nagdadalamhati. Pag-ibig ka oh Dios… this phrase just gets into you. Their soulful rendition and harmony is perfect and the lyrics will let you humming because of its recall. 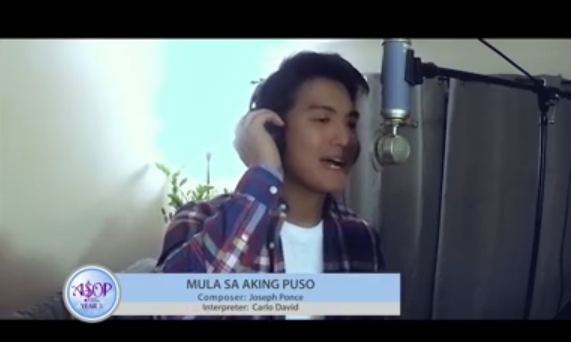 Son of award-winning US-based Filipino jazz drummer and singer Mon David, Carlo followed the footsteps of his father. He is into pop jazz and soul that is evidently influenced by his father and to the legendary OPM group, APO Hiking Society. He and his sister shares an experience singing live on the only FM station-on-wheels, Wish 107.5 also a composer; their Wishperience on the program Roadshow hosted by Jelly Kiss ,

This is a feel-good song. You almost see it in a lounge or in a small place – a cozy like feel. Very clearly sang and you want it to hear over and over again. He has this very cool voice.

Started to play by the aged of 7 and after the guitar after hearing John Meyer. One  experience they consider memorable as an artist, Carlo shared a mall gig where there were many people who cheered and took “selfies” with them. “They don’t know us but it seems they loved us,” he said.

When interviewed by hosts Richard Reynoso and Toni Rose Gayda on his first time singing this song on ASOP’s weekly show, he has this to say, “I really have fun. I loved it. When I heard it, what a beautiful song.” 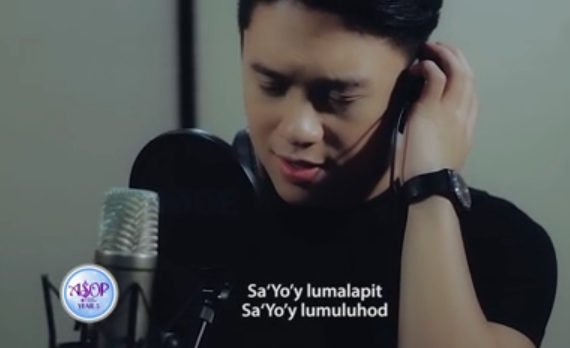 He is dubbed as The Prince of the New OPM, and now under Star Music recording label. As one of the finalist of The Voice Philippines Season 2, he had the opportunity to work with one of the best international singers, Lea Salonga of the Les Miserables fame. He is an ABS-CBN Star Music artist, an actor and host. 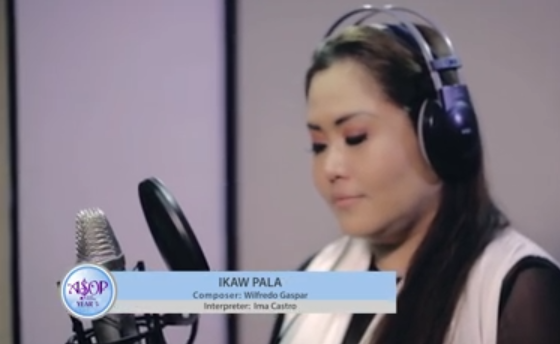 Ima Castro, who has been in the music scene for 22 years since her first break in the early 1990’s. She managed to perform in an independent theater in London via Miss Saigon. She was first noticed when she joined and won the Panasonic Karaoke Quest in Osaka, Japan. 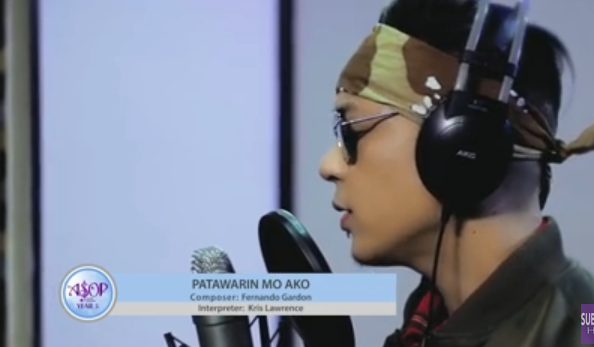 Kris Lawrence is  the winner of the 2006 Star in a Million, an ABS-CBN television show started in 2003. A Los Angeles-born, he was with the group called First Impression with Jay-R. He had appeared to various Philippine TV shows and studio albums. He is often compared to “Taeyang”, a South Korean singer-songwriter, which he has some resemblance not only to physical but also to their style of singing.

The song pleads for God’s mercy. A man presenting himself boldly unto God Almighty. 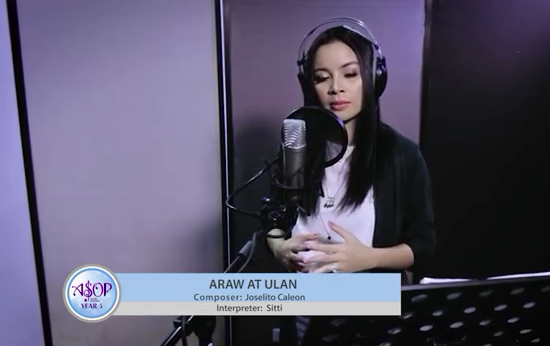 A Filipino bossa nova singer Sitti Navarro or popularly known as Sitti, started her career to fame after releasing an album back in 2006. She was part of the Katy! The Musical way back December of 2008. Sitti’s voice feels like you are flying. She has this very clear singing voice that makes you want to just stop and listen, to ponder. 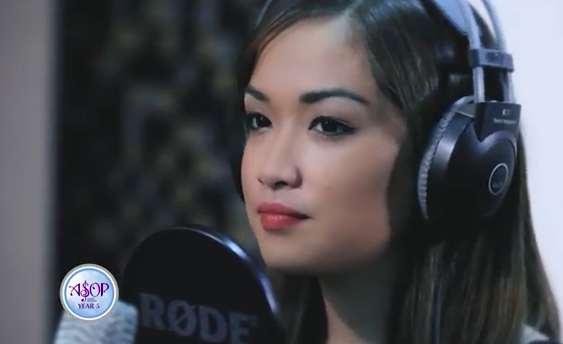 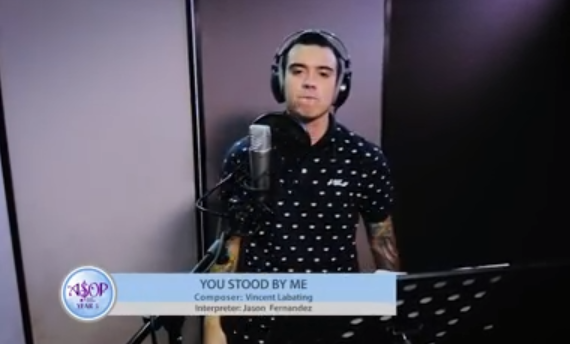 Jason Fernandez is  the 3rd vocalist of the band Rivermaya on 2007. But after 4 years, he departed and decided to have his solo career. In 2013, he launched his first solo album entitled Panimula. A year after, he auditioned for The Voice Philippines in 2014. He is not a stranger in this one of a kind competition. He is one of the finalists in the 2014 ASOP via the song God Will Win Our Fight.

* Didn’t know where I was going , then You found me and showed me the way… you stood by me. God is good. This says it all. 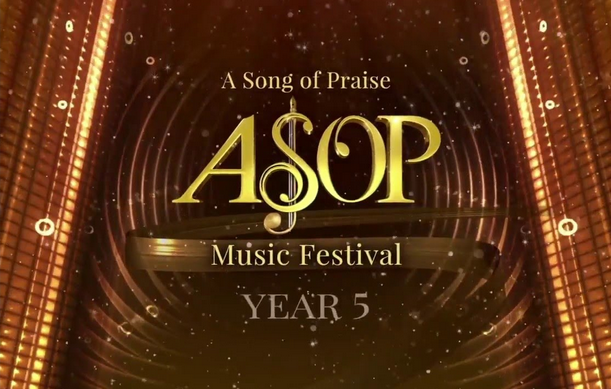 The A Song of Praise Music Festival is a song-writing competition spearheaded by Bro. Eli Soriano of the Members Church of God International (MCGI) or popularly known as “Ang Dating Daan.” and Kuya Daniel Razon, Chairman and Chief Executive Officer of UNTV and Breakthrough and Milestones Production, Inc. (BMPI). This encourages all amateur and professional songwriters to create songs all for the Glory of God.

You can access all entries via the following websites: