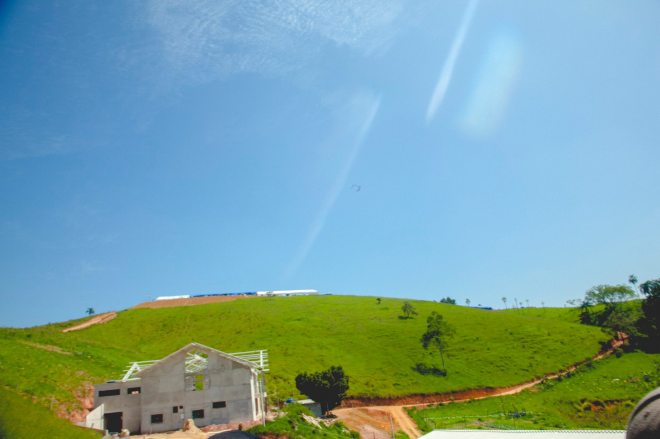 This made history as South America hosts this momentous event of the 3-day Thanksgiving of the Body of the Members Church of God International and the celebration of 50 years of Service to God of Bro. Eli Soriano, broadcast simultaneously in different monitoring sites all over the globe.

The fulfillment of the prophecy in the Bible unfolds as the delegates from different countries gave their messages using their respective dialects. 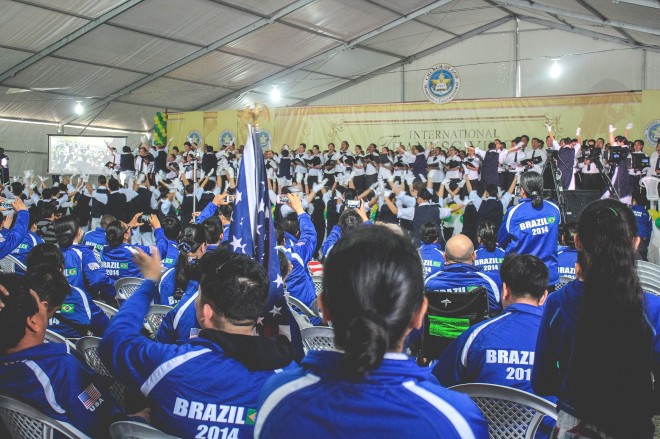 The celebration started by singing of the whole congregation and Doxology is sung with their own native tongue. Simultaneously.  So serene that a pin-drop is heard.

“ I thank God because of all of you. Agradeço a Deus por causa de todos vocês. Nagpapasalamat ako sa Dios mga kapatid dahil sa inyong lahat. Because I have known… I was given the opportunity to serve you. For the last 50 years of my life, I’m thanking God that in spite of the difficulty I met along the way, all of the problems of persecutions everyday, every hour, until now,  let all praises be unto Our Creator.” —  Bro. Eli Soriano 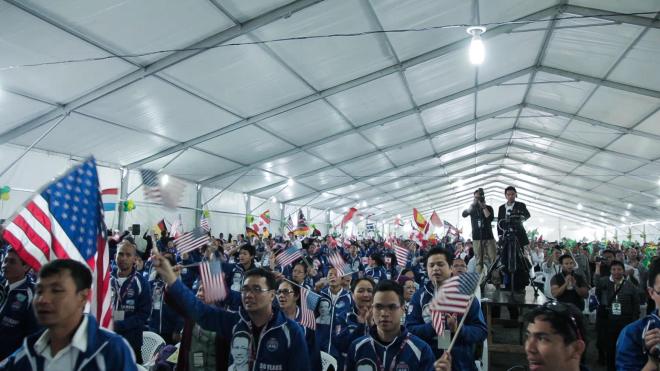 Bro. Eli said that it is the work of God that made His teachings be understood by the different languages in different countries.

“The pleasure of God is not accident. It is something that is destined to happen.”  —  Bro. Daniel Razon

After more than an hour of presentation of the history of the locales in the South America, a poetic debate followed. The hard-hitting words with a twist of the “Filipino-way” of debate which Bulakenyos is known for. Sis. Luzviminda Cruz – Principal of the La Verdad Christian School, Bro. Danny Navales – church minister and Bro. Rodel Mangiliman – also a church minister, served as the moderator (Lakandiwa).  At the end of the poetic debate, Bro. Eli Soriano weighed and decided that it was a fair win for the two opponents.

After greeting the brethren of different delegations, he opened up another inspiring lesson. It is a fact that Bro. Eli’s preaching went through the most tough and probably the most controversial of all preachers. This is one of the reasons to celebrate because of the enlightened souls with his frankness that made his opponents tongue-tied.

Seven rays emanating while Bro. Daniel is speaking to the congregation

Speaking in tongues.   While other preachers pretend to speak to an unknown language that even themselves do not understand, the Members Church of God International do speak in tongues! There were at least four languages delivered during this event.

Everyone in their native languages had heard and understood the words of hope and salvation. Tears of joy coming from a heart that understood. Spanish, Portuguese, English and Tagalog translators were present in this celebration.

10 thoughts on “The Seven Rays Emanating from Heaven, Graças a Deus!!”